Climbing, in all its forms, is one of the most complete sports. The variety of movements involved, allows you to train your whole body and to develop endurance. But above all, it involves and trains the mind: concentration is the basis of climbing. 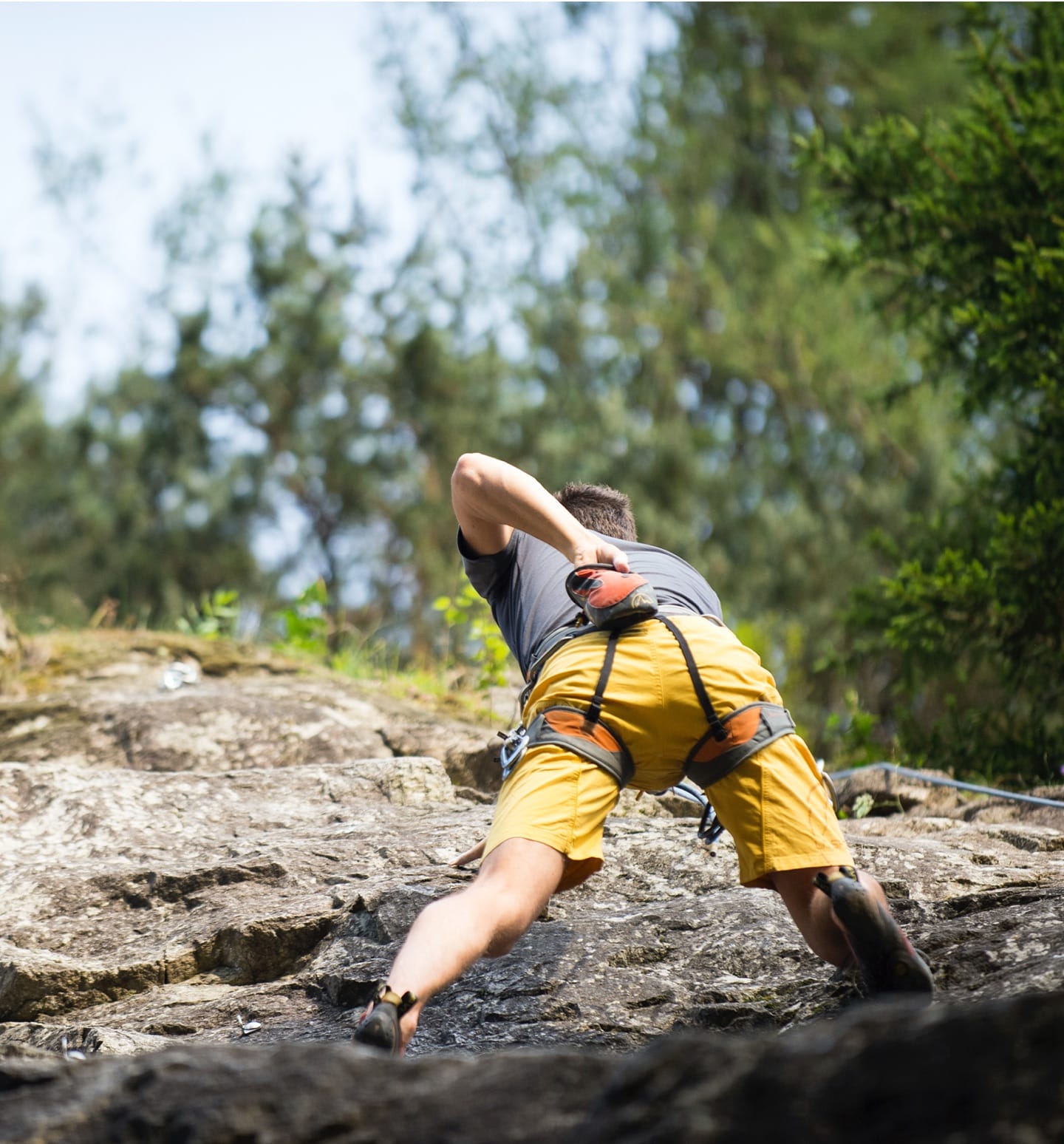 There is no better location to take your first steps on the crag or to challenge yourself with adrenalin on the most demanding ascents.

Large dolomite blocks characterize the climbing crags near the north face of Sass de Pütia. This cliff, which had been forgotten for several years, is once again becoming one of the most sought-after crags thanks to local climbers, who have bolted and freed numerous routes.

The north face of Sass de Pütia can be reached by a 30-minute walk from Passo delle Erbe. Following the signposts to Malga Fornella and then to Ütia de Göma, path 8A will take you to the blocks of the climbing area, pointed out by a sign on the right.

The rocky massifs at the foot of Sass de Pütia offer 39 routes of varying difficulty: from the easiest routes of level 4B to the hardest 8C of the Riss Kant route, which was opened a few years ago by the young German climber Alex Megos.

Climbers of all levels, from beginners to those who have mastered every climbing secret, can find fulfilment in these routes.

And for those who are thinking of taking up climbing, what better location than at the foot of Sass de Pütia?

In the nearby Val di Funes, at an altitude of 1,950 m, there is another child-friendly climbing crag. This open-air climbing gym can be reached by car which you can park at the Zannes hut. From here, take the forest path in the direction of the Genova Hut and then trail no. 35 'Via Adolf-Munkel' till the first deviation, where you head to the left (approx. 45 minutes' walk).

This crag, which consists of compact dolomite and whose peculiarity is the presence of cracks and holds, also offers around 50 routes at levels between 3 and 8°. Climbing courses are often held here.

For advanced mountaineers, there are the classic but more challenging routes on the north face of Sass de Pütia, such as the 'Via Classica' (or Via Hruschka) opened in 1919 or the "Messner brothers’ route", opened in 1968 by the famous brothers Gunther and Reinhold.

Recently, in the summer of 2022, mountaineer Simon Gietl opened a new solo route, after others before him had tried unsuccessfully to attempt it. The name given to the route is "Die Auslese," but the degree of difficulty is not yet defined.

If you want to train during cold weather or rainy days, we highly recommend the new boulder hall in Corvara or the climbing centers “Heliks” in Brunico or “Vertikale” in Bressanone if you wish to train on indoor rope routes.

If it is your first time, if you are not experienced or if you’re not sure about your skills or where to go in the region, we always recommend hiring a professional guide.

Do not forget to bring your basic equipment:

You can find more suggestions for easy climbing in Val Badia on our Camping Sass Dlacia website.

You can download the Guide Vertical Life app for your mobile phone here.