Wildlife viewing in the Dolomites

The Dolomites are host to an astonishingly diverse ecosystem, where various forms of flora and fauna coexist. Thanks to the variety of different habitats, several animal species can thrive. 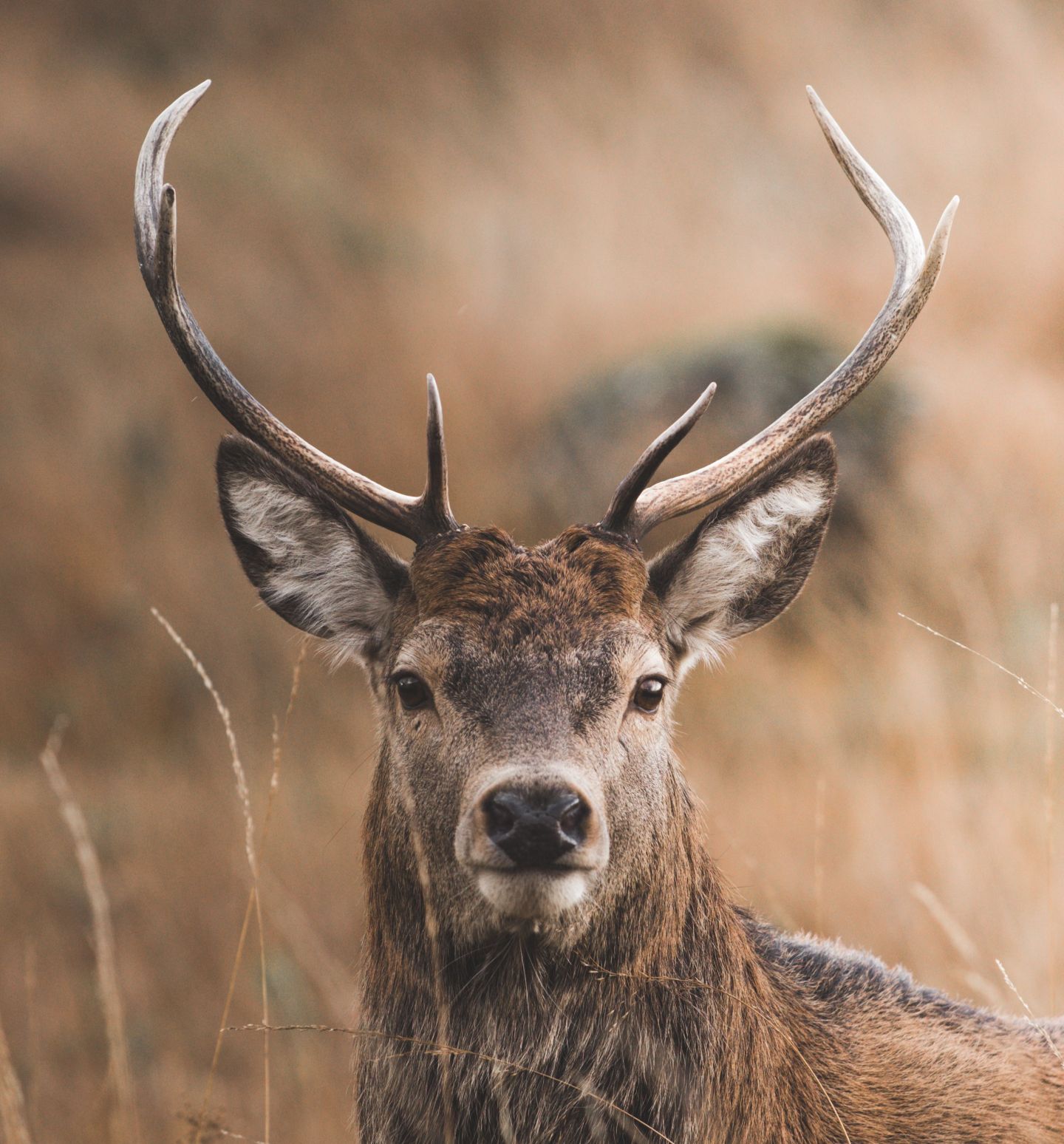 The real life of Dolomites

Meet, observe and get to know the animals that live in these mountains.

What wildlife can be observed at the footsteps of the Puez-Odle Park?

Fauna changes according to the environment. Starting from the undergrowth, you can find small animals such as reptiles, amphibians, squirrels, hares, martens, weasels, badgers, foxes. The deer is the undisputed king of the forest, but it is most common to encounter the smaller roe deer, who come out in the morning and evening hours. Marmots are a common sight if you hike up to the plateaus at higher altitude. Chamois and Alpine ibex inhabit the rocky and rugged terrain around the steep mountain peaks.

Let’s not forget about the equally diverse and fascinating bird life: grouses, woodpeckers, partridges, mountain swallows, owls, whose call you can hear at night. These are only a fraction of the many species who inhabit the skies and the woods of the Dolomites. Looking up towards the highest peaks you can even spot the majestic golden eagle.

The fauna also changes with the changing seasons.

In winter, if you go out in the early morning hours to observe the footprints left in the fresh snow you can discover a world populated by hares and roe deer. In this season the variable hares - so called because their coats change with the seasons - are completely white except for a black spot on the tips of their ears.

Both hares and roe deer are not afraid of the cold, as they can cope with very cold temperatures, while other animals - such as the fox - usually descend to lower altitudes in search of food during the winter.

The winter avifauna is represented by various species of Paridae, white wagtail, finches and goldfinches, which we can encounter while walking in the woods, while the ptarmigan (Lagopus muta) can only be found at higher altitudes, on peaks ranging from 2,000 to 3,000 metres above sea level - it is a species that inhabits arctic and tundra environments. In winter, its plumage is entirely white, except for the outer tail feathers, which remain black all year round, and the male has a black stripe from eye to beak and marked red caruncles above the eyes.

A characteristic feature of this species is that it has feathered feet, an adaptation the species has developed to defend itself from the cold and to walk in the snow - hence its name, from the Latin for 'hare's foot'. In winter, they find refuge in creeks in the ground, which can help maintaining a higher body temperature.

In the winter season, many species of animals reduce the quantity and quality of their nourishment: the capercaillie, in the absence of berries, can also feed on poorer foods such as pine needles and twigs, while marmots slow down their metabolism to be able to spend several months in hibernation, and even roe deer use the fat reserves accumulated during the summer months.

As the snow melts and the meadows bloom in spring, there is an explosion of colour from flowers such as dandelion, alpine rose, blue gentian, arnica, crocus, primroses, heather, calluna and trinity grass.

It is at the beginning of this season that we see the return of the migratory birds and the various species nesting in the area. They will fly off to milder temperatures at the end of summer and the beginning of autumn.

Approaching the Ütia de Börz, one can see the nests of the common house martin (Delichon urbicum), member of the swallow family, busy catching small insects to feed its chicks. The house martin is a migratory and colonial bird, which builds its nest by sticking mud to the walls of buildings.

Spring is also the courtship and mating season for some animals.

As soon as the snow melts and up to the end of May and beginning of June, the capercaillie (Tetrao urogallus) is the first to try to attract females by performing nuptial parades and fiercely fending off possible opponents. Courtship involves vocalisations and calls, like a clucking of the tongue, accompanied by a choreography of rhythmic neck movements, jumps and fanning of the tail plumage. The call of the cockatiel can be heard up to 100 metres away. Territorial, the capercaillie is unmistakable: characteristic are the bright red eyebrow, a 'stubble' under the chin and a white spot on the side of the wings.

As soon as the snow melts and up to the end of May and beginning of June, the capercaillie (black grouse) is the first to make an effort to attract females by performing nuptial parades and fiercely fending off possible opponents. Courtship involves vocalisations and calls, similar to a clucking of the tongue, accompanied by a choreography of rhythmic neck movements, jumps and fanning of the tail plumage. The call of the cockatiel can be heard up to 100 metres away. Territorial, the capercaillie is unmistakable: characteristic are the bright red eyebrow, a 'stubble' under the chin and a white spot on the side of the wings.

The black grouse (Lyrurus tetrix), also exhibit themselves by challenging each other in arenas in the early hours of daylight and at dusk. The black grouse can be distinguished from the capercaillie by its smaller size and the white plumage of its tail, while the females are similar in colour, but that of the black grouse is smaller.

With the milder temperatures, marmots also make a shy appearance, awoken from their winter torpor. Their burrows are recognisable by the landslide in the ground, beneath which is an intricate tangle of tunnels, where these rodents find shelter and if disturbed emit an alarm whistle.

For the deer, it is time to return to their summer quarters after the winter.

From late spring and throughout the summer, walking along the trails at first light, roe deer can be spotted searching for food in the tall grass. They are very adaptable but also very shy animals. Their coat changes from the dark colour of winter to bright fawn during summer. For roe deer, summer also marks the beginning of the mating season.

On the summits of the stone pine trees, you can see the spotted nutcracker (Nucifraga caryocatactes), a species of bird of the corvid family, with a chocolate-brown body, dotted with white spots - except for the wings, which are completely black. It lives in symbiosis with the stone pine tree, on which it feeds on the nuts, and serves as an important means of seed dispersal. This bird possesses a keen memory for finding seeds hidden for stash after several months.

The alpine choughs (Pyrrhocorax graculus), now accustomed to hikers, will accompany you from the pass to the top of the Pütia, while if you turn your gaze towards the rocky slopes at higher altitudes, you may be able to spot chamois, usually in groups and clinging to the steepest slopes.

Autumn, the season of the roaring deer

The most iconic ungulate in the Dolomites is undoubtedly the deer. During the reproductive season, these ungulates engage in different types of combat: their roaring is in fact a 'vocal combat' between two males fighting for the position of dominance. Another way that two males challenge each other is through parallel marches: by showing the broader side of their bodies, they try to measure each other.

If this is not enough to establish supremacy between two specimens, the next clash takes place by means of their antlers - the bony protuberances of the skull. The sound of them clashing together resound through the valleys on cool autumn nights.

In this season, the roe deer changes its coat, assuming the grey-brown winter coat, and the territorial period ends, so that the roe deer return to live in groups during the winter.

It is neither difficult nor rare to experience exciting close encounters with wildlife during a hike in the woods or in the mountains. It is a wonderful and fascinating moment, but it is of upmost importance to behave appropriately and respectfully. First, always observe wild animals from a distance. You are allowed to take some pictures, of course, if you want a keepsake of this beautiful moment. But in any case, always remember to remain silent and don't scare or hurt wild animals.

What is your favourite season?