Via ferrata are mountain routes equipped with fixed ladders, cables and bridges. A cross between a normal hike and a climb, they allow even relatively inexperienced people to safely reach the Dolomite peaks. 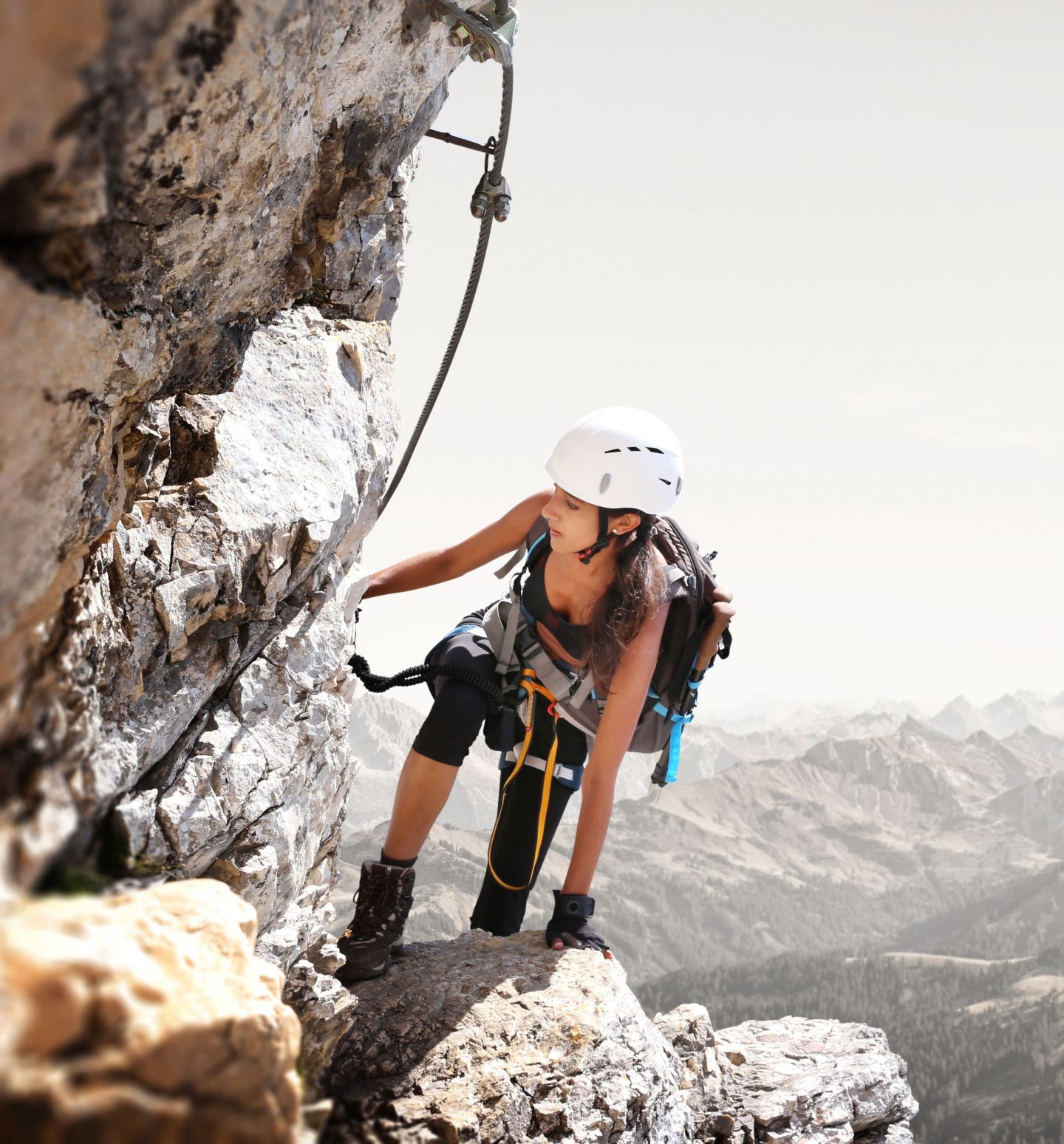 The most beautiful vie ferrate in the Dolomites

Equipped trails, from the easiest to the most challenging, all easily accessible

From Passo delle Erbe it is possible to reach two via ferratas, which are also suitable for those approaching this hiking technique for the first time.

The via ferrata of the Pütia summit

Starting from the Ütia de Börz hut, it takes around 1h 30' to reach the Forcella de Pütia (2,357 m), from where the ascent to the south side of Sass de Pütia begins. Following a zigzag path for an hour, we reach a stony esplanade that separates us from the summit.

This is where the last 150 m of equipped but generally easy ascent to the summit of Sass de Pütia begins. We begin with a simple sloping ramp followed by a few small rocks before reaching the most challenging section: a short chimney that we climb using a convenient bracket on the right side of the crack. At the end of this section, you finally reach the summit cross from which you are rewarded by a 360° panorama, sweeping from Val Badia to the Odle group.

For the return, descend by the same route and, back at the pass, you can choose whether to take the same path as on the outward journey or to complete the loop around the Pütia massif.

This equipped path is ideal for beginners.

The Alta Via Günther Messner is a high-altitude loop trail along the western ridge of the Odle di Eores, named after the brother of the famous Reinhold Messner. The classic starting point for the counter-clockwise hike is the Russis Kreuz car park, but it is also possible to start directly from Ütia de Börz in the direction of Forcella de Pütia. Before the ascent to the pass, we find the signpost 'Alta Via Gunther Messner' on the right.

During this route, there are some equipped sections, of moderate difficulty but with an exposure that requires constant concentration. In particular, during the descent from the Monte Rovina cross, in the uphill downhill section, we find an unprotected grade I passage: this gully is not complicated in itself, but the exposure and the gravel bottom make it quite difficult. Other equipped sections follow until the crossroads of paths leading to the Rifugio Genova, from where the starting point can be reached, whether the Russis Kreuz car park or the Passo delle Erbe.

What is needed to tackle a via ferrata

In order to climb a via ferrata of any difficulty, it is first necessary to check the weather conditions of the day and to have the appropriate equipment to tackle this type of route.

The minimum equipment for tackling a via ferrata includes

- via ferrata set, consisting of two carabiners and a lanyard used to attach the harness to the steel cable;

- helmet: potential rockfall is one of the main risks on via ferratas; therefore, protecting your head is of the utmost importance

- gloves: to protect your hands from friction against the rock and the steel cable;

- climbing rope and belay device: these are not essential, but provide greater safety on more difficult routes and to protect children.

If this is your first via ferrata, we strongly recommend a qualified mountain guide, who can teach you basic via ferrata techniques and the correct use of equipment. They will also accompany you in safety and introduce you to the natural and geographical characteristics of the area.